What are the 7 Forms of Art? 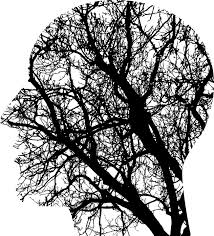 Art can be defined in many ways. Seven types of art can be considered “the arts” in general.

The Definition of Art

Art is an expression of creativity, skill, or imagination. Many arts can be experienced visually, but they can also be heard or savoured through the sense of touch. Arts were once valued primarily for their beauty and emotional power, but they often express political views or social commentary.

The majority of art can be divided into the seven types we will examine in this article. Understanding and recognizing each type of art is important for enjoying art and helping us understand its role in our lives.

What are the 7 Different Art Forms?

While specific mediums and artistic expressions have evolved, most art can be categorized as one of these seven classic forms. Every form of art can be experienced differently and profoundly affects our emotions and feelings.

We will explore the history of each art form and discuss how it can enrich our daily lives.

When we think about art, painting is the first thing that comes to our minds. The most popular art medium taught in childhood education is painting. This medium is used by many of the most prominent contemporary artists today, such as Alec Monopoly and David Kracov, Yoel Belrouche, Angelo Accardi, Calman Shemi, and Yoel Benharrouche.

The primary medium for painting is painting. A painter is an artist who works primarily in this medium. They apply different colours of paint to a surface (usually a canvas) to create art. You can paint with oil, acrylic, and watercolour. However, you can also use pigments, dyes, inks, and other materials.

The oldest form of art is painting, and cave paintings date back to prehistoric times. Paint can be applied in many ways. It may be brushed on, smeared or dabbed.

Another ancient form of visual art is a sculpture. A sculpture is a three-dimensional visual image that uses clay, stone, ceramics and metals. It dates back to prehistoric times.

Michelangelo, Myron and other famous classical sculptors used casting and carving techniques with bronze and marble. These materials are used in many of the most famous sculptures, including ‘David’ and ‘The Statue of Liberty.

Modern sculptors can use almost any object to create sculptures. This includes metals, plastics and glass. Modern sculptors have more options than ever before, such as welding, carving, assembling or modelling.

Contemporary sculptors such as Dorit Levine often combine sculpture and other media like oil paints and acrylic. Eden Gallery’s new artist, Gal Yosef, digitally sculpts with 3D software programs before his vision is put together as a physical piece of art.

Marcel Duchamp’s 1917 ‘Fountain” changed public perceptions of art and sculpture when it featured a sculpture made of a porcelain urinal. Since then, the definition of sculpture has expanded.

In many cultures, sculptures are the oldest form of public art. Many sculptures were too large to fit in private homes. King or religious leaders commissioned them, and they were displayed in public places as an expression of power, wealth, religion, or politics. There are impressive public sculpture collections in many ancient cities, including Rome, Jerusalem, Istanbul, Istanbul and Jerusalem.

Writing is an art that combines literature and pleasure. While reading can be enjoyable, writers often criticize society. Charles Dickens, Charlotte Bronte and George Orwell are just a few of the well-known writers who used language and the written word to criticize or present a point of view.

Literature is an art form that can stand on its own and is one of the seven art forms. However, literature is closely linked to poetry, film music, theatre, and the spoken word.

Architecture is an art form that you see every day but doesn’t fully appreciate or understand. Architecture is the art and craft of building structures. We can reasonably date architecture back as far as when man created shelter. Architecture is a form of art, but only a few buildings are truly beautiful and inspiring.

Some of the most notable architectural achievements from ancient times include Stonehenge, Rome’s Coliseum and Taj Mahal. Modern architectural wonders include the Eiffel Tower and Sagrada Familia, Sydney Opera House and Louvre, Burj Khalifa and the Guggenheim Museum.

Although architecture serves a functional purpose, it also represents man’s longing to create meaningful structures. Architecture can be both a utility necessity and an art form. It is also publicly accessible as a sculpture.

You can easily find many of the most iconic architectural works in major cities around the globe. Frank Gehry and Frank Llyod Wright, two of the most prominent modern architects, have also worked on private residences. You might find art in your street.

Cinema is the newest form of art. Cinema was created just over 100 years ago. However, it is quickly becoming one of the most beloved art forms.

Movies allow us to see a three-dimensional world projected onto a screen. This art form engages both our visual and audible senses. Movies tell stories, much like literature. However, they also use spoken words and visual art.

The cinema industry has evolved rapidly to be today’s big industry. Every cinematic production requires a broad range of artistic vision and skills. Many artisans are involved in special effects, animations, makeup, costumes and writing. They also design sets, score, act, direct, and do other creative tasks. These artistic professionals often fall within the seven broad categories of art mentioned in this article.

Cinematic art requires many skilled artisans. However, the master director is often considered to be the artist. Some of the most famous directors of all time include Stanley Kubrik and Alfred Hitchcock. George Lucas, Akira Kurosawa and George Lucas.

Cinema is not often considered a high-art form like other forms of art, but it is undoubtedly the most popular and accessible art category of our modern age.

Music is the art and science of creating musical arrangements using audible sounds and vibrations. Music can be performed with instruments or the human voice.

Music is an art form that is universally culturally understood and is present in all societies. Music is also closely associated with religion and is an integral part of many religious practices. The beauty of emotion can be expressed when combined with vocal cords and other instruments.

It is harder to date music than the visual arts. However, it is believed that vocal sounds played an important role in early human communication. Evidence suggests that musical instruments were made by our ancient ancestors using natural materials such as wood, bones, and stones.

Modern musicians have an abundance of musical instruments to help them create music. music can be defined by genre. There are too many styles and genres to list. The most popular western music genres are: classical, gospel, rock, pop and hip-hop.

A theatre is an art form that combines visual art with dramatic performance. The definition of theatre has expanded to include performance art over time. It usually includes all art forms that allow the artist to present or perform their stage.

Since the Ancient Greeks (6th century BC), the theatre has been an integral part of the culture. Since then, the theatre has been one of the most loved sources of entertainment. The performing arts encompass theatre, dance, music and opera, and circus arts, musicals and magic or illusion. Mime, puppetry and spoken word are also included. Many modern productions still use the traditional Greek theatre classifications: tragedy, comedy, and drama.

Theater often includes seven other art forms as part of its overall package. Literature, music, set design and set design are often used in theatre productions. Costume design and other decorative arts are also important to the experience. Some of the most iconic architectural settings in history, such as Pompei or other ancient Greek and Roman theatres, have been used to host theatre performances. 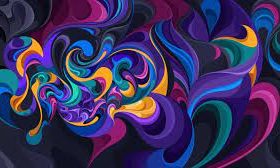 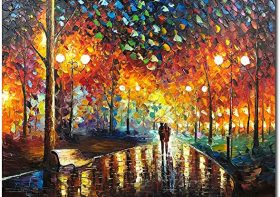